Ned Scott (April 16, 1907-November 24, 1964) was an American photographer who worked in the Hollywood film industry as a still photographer from 1935-1948. As a member of the Camera Club of New York from 1930–34, he was heavily influenced by fellow members Paul Strand and Henwar Rodakiewicz.

While living in New York and visiting the Camera Club, Ned Scott began commercial work with still lifes and x-ray tubes. He experimented with light and form during this period. Unfortunately little survives except that which he saved for his own personal collection. His other photographic efforts during this time included a study of La Iglesia de San Francisco in Ranchos de Taos, New Mexico.

Ned Scott spent the latter half of 1934 working for Paul Strand on location in Alvarado, Mexico to produce the Mexican protest film, Redes.  Fred Zinnemann, who also worked on this film, referred to Ned Scott's stills as "classics" in his autobiography.

Ned Scott arrived in Hollywood in February, 1935 and took up residence with Fred Zinnemann and Henwar Rodakiewicz in a studio apartment complex at 7900 Honey Drive, North Hollywood. With his New York experience and recently finished film effort in Mexico, Ned Scott began free lance work as a still photographer. He was soon to come to the notice of producers David Loew and Walter Wanger for whom he photographed films in the latter half of the 1930s and early 1940s. Most notable are the two Walter Wanger films "Stagecoach" 1939 and "Long Voyage Home" 1941. Both of these films were directed by John Ford. Some of his most recognizable work was yet to be created, however. In March 1945, Ned Scott signed a contract with Columbia Pictures, becoming a contract employee for the first time since entering Hollywood. Over the next three years Ned Scott worked with such stars as Rita Hayworth, Glenn Ford, Humphrey Bogart, and Janet Blair.

Ned Scott married Gladys Matthews, daughter of Presbyterian minister Reverend Mark A. Matthews of Seattle, in 1936. They lived for four years on Mesa Drive in Santa Monica Canyon, California and then moved to La Cañada where he raised a family including one daughter and son.

There is an archival site that continues to keep his work alive:

Here are some examples of his work that do not appear on his website, so no doubles. 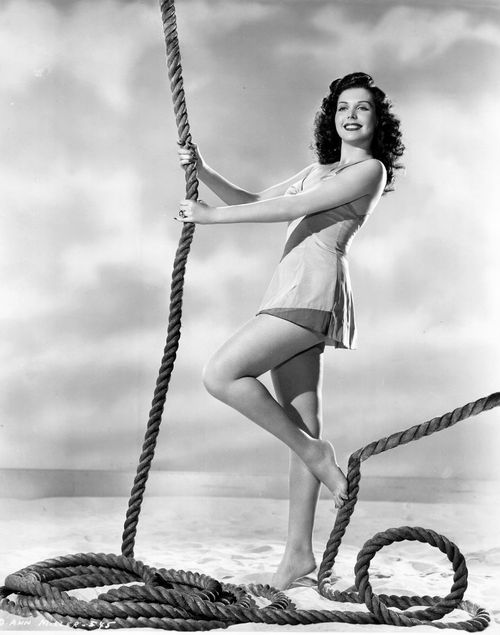 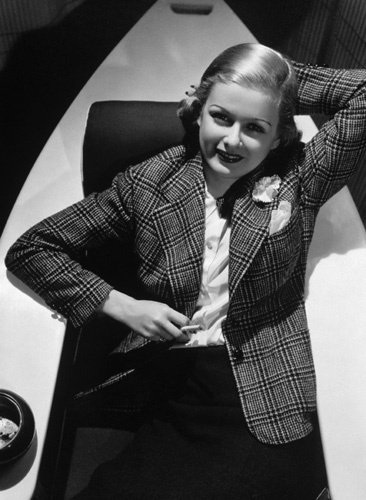 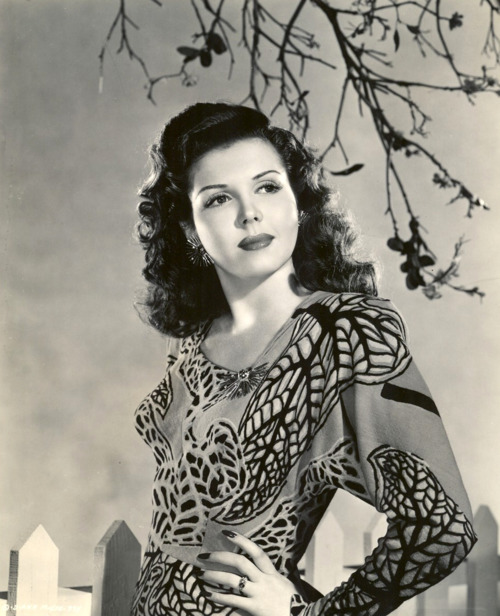 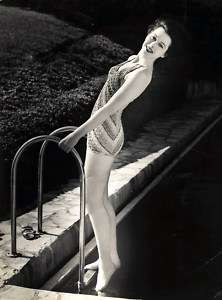 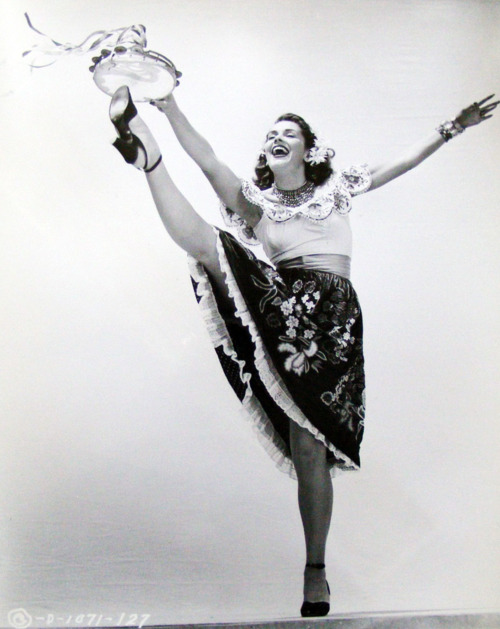 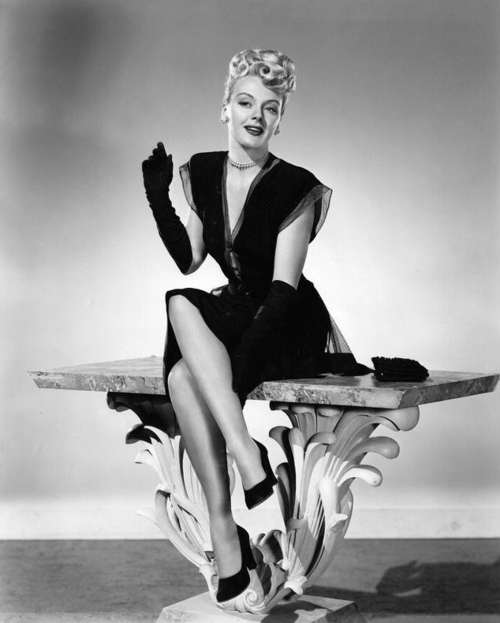 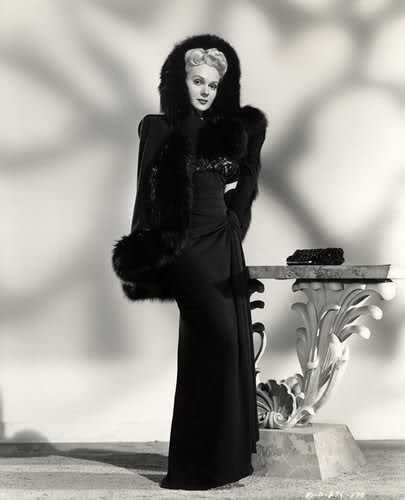 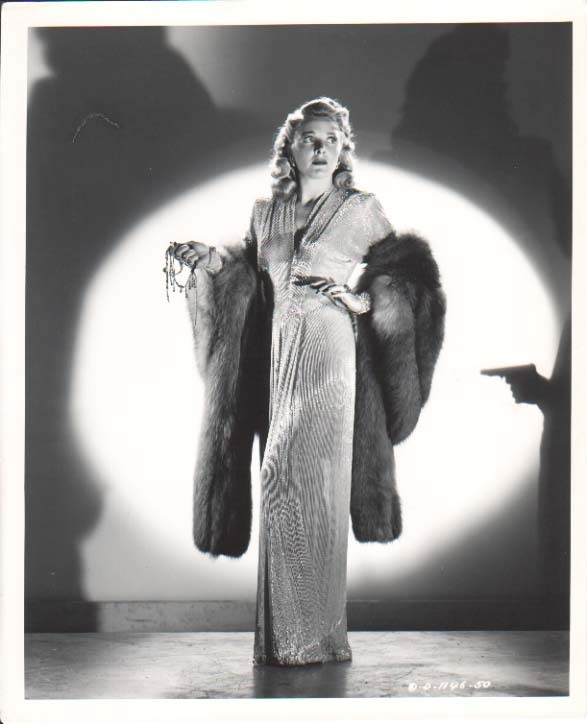 Evelyn Anders
And many of the great Rita Hayworth: 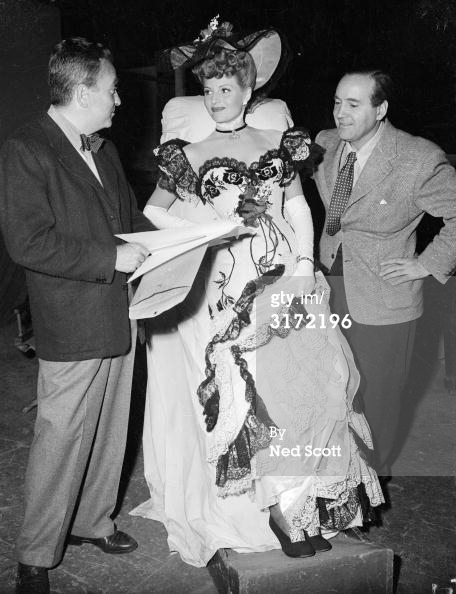 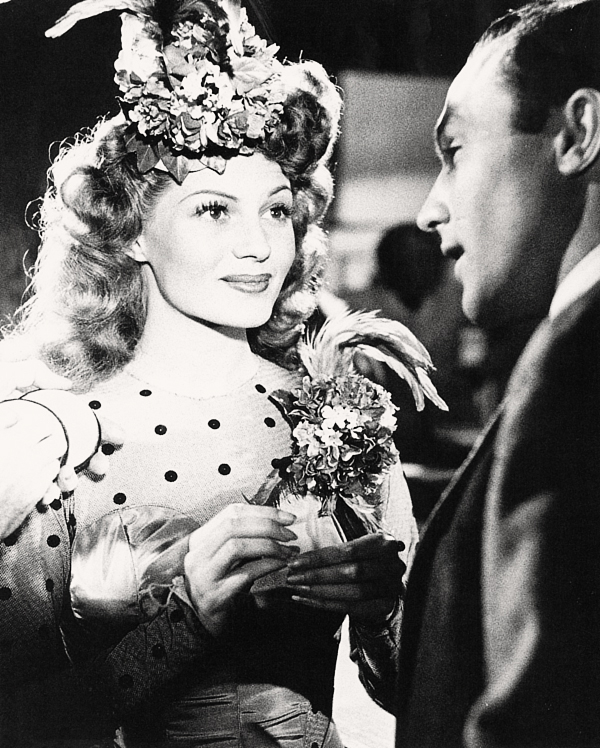 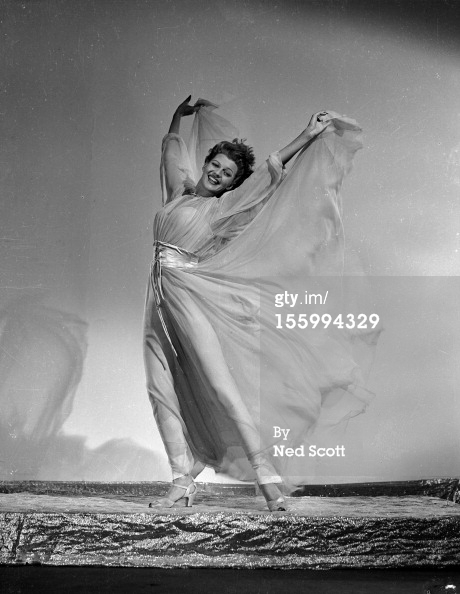 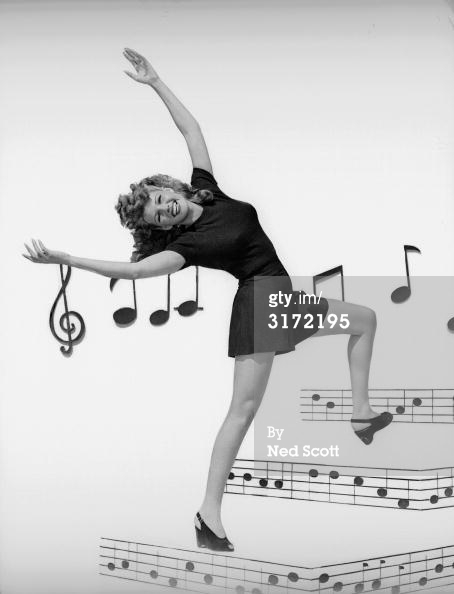 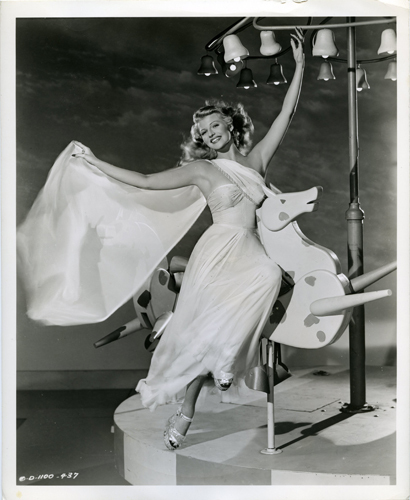 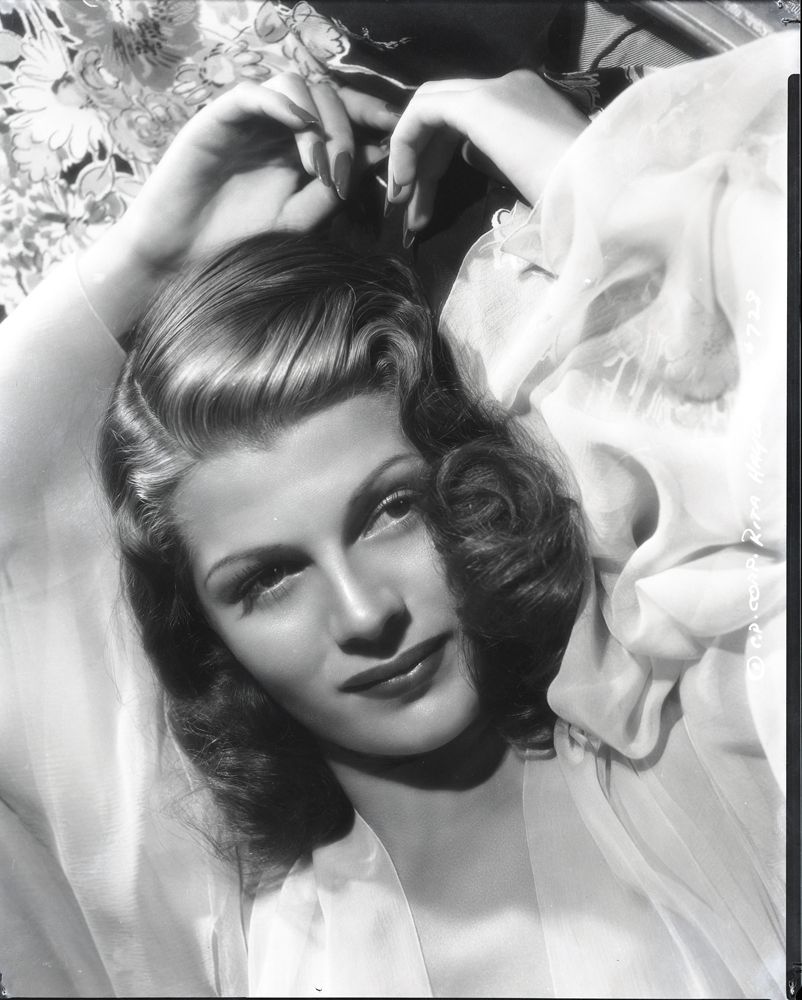 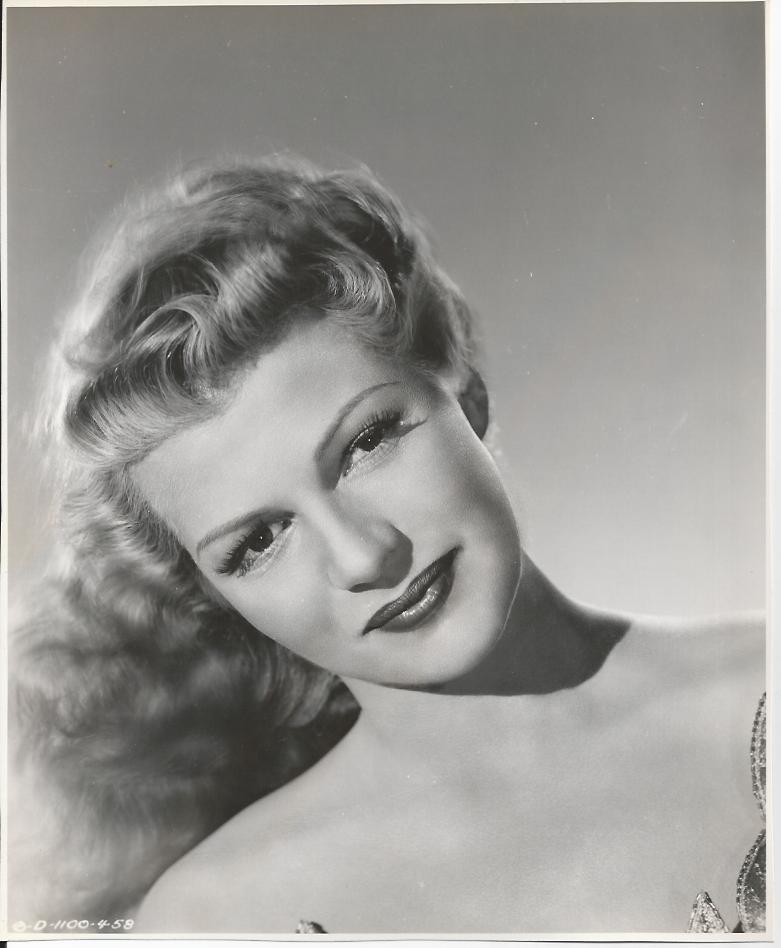 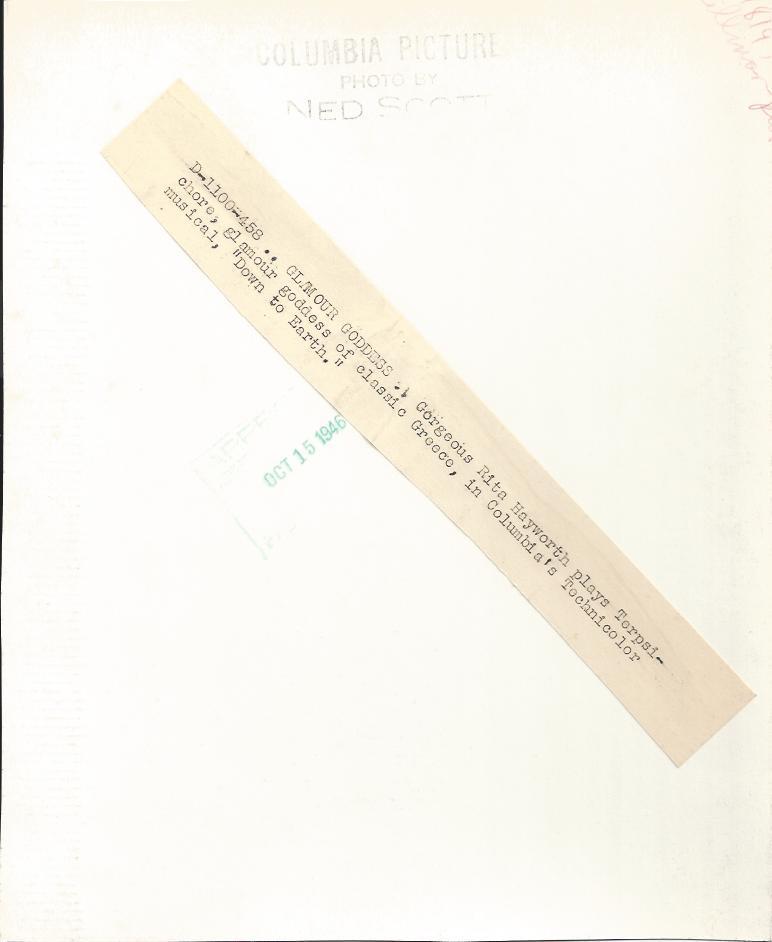 The above is what appeared on the back of the last photo. A closer look at Scott's stamp.
Posted by Don't Forget the Illustrator! at 8:56 AM