Eugene (sometimes also just called Gene) Robert Richee was born August 21, 1896 in Denver, Colorado.  Richee began his career in the silent movie era. He got his job at Paramount in the late teens through his friend Clarence Sinclair Bull.  He started shooting stars while Donald Biddle Keyes was taking portraits in the gallery.  When Keyes left Paramount, Richee took over, and for two decades he photographed the studio's stars including Gloria Swanson, Rudolph Valentino, Claudette Colbert, Fredrick March, the Marx Brothers and Carole Lombard.  Lombard so admired his work with Dietrich that she started posing in some of the same ways to get that 'glamour mysterious' look.

Richee was the perfect technician for Joseph Von Sternberg, who controlled Dietrich's career.  All sittings were supervised by von Sternberg for the lighting setups, and directed the action just as he did on the studio floor.  When Dietrich's collaboration with Von Sternberg ended, Richee continued to take her portraits, which retained the look of the von Sternberg originals.  It could be said that Richee learned plenty from the great director that he used for many of his own stills.

He took portrait photographs of stars on the sets of some of Paramount Pictures most well known classics.  As his talent became more and more prevalent, he was put in charge of the main portrait gallery at Paramount.  He worked with a talented coterie of associates including William Walling and Don English.  Richee remains the least examined among the top Hollwood phtographers although he was one of the finest--one needs to look no further than his sensational portraits of Paramount stars like Anna Mae Wong, Clara Bow, and Marlene Dietrich among others.

From 1925 to 1935 took many photographs of Louise Brooks.  Perhaps Richee's most famous work is a 1928 portrait of Louise Brooks wearing a long string of pearls. Few photos capture better the zeitgeist of the Roaring '20s. Simplicity is the hallmark of this photograph, along with masterful composition. Brooks stands, face in profile and wearing a long-sleeved black dress, against a black background, her face hands and pearls along illuminated. Her bob, with its razor-sharp line across the white skin of her jaw, was widely copied and became one of the last century's most potent fashion statements. Brook's career had intermittent highs and lows, but she was one of Hollywood's great portrait subjects and was never better served than by Richee.

Even a tireless researcher like Kobal had difficulty uncovering biographical informatioin about Richee, and it is only after Kobal's death that a few details have emerged about Richee's life including his 1896 birth in Colorado.  He started at Paramount in 1921 and stayed there twenty years, after which he took a job at Warner Brothers.  Richee died in 1972, just before Kobal began exploring seriously the careers of Hollywood portrait photographers.  Like Ruth Harriet Louise, Richee left scant biographical information behind but, again like Louise, he left a corpus of extaordinary work that may be seen as emblematic of the best of Hollywood photography.

Richee was an inventive photographer and when working with starlets he sometime incoporated props made of plastic, glass or even mirrors, giving his prints a sparkling reflective quality. Portraits of the top stars always had a sheen that was consistent with the studio's image of smart sophistication.  When he photographed Clara Bow, the studio's number one sexpot took on a polished veneer.  Rchee has the distinction of being the first photographer to record Veronica Lake and her distinctive blonde locks in his portraits for 'I Wanated Wings' (1940), the film that brought her worldwide fame.

Gary Cooper had made more than thirty films over five years when he was cast in 1930 as Dietrich's first Paramount co-star in 'Morocco' (1930). He was the first male Hollywood star to bridge the opossing forces of masculinity and beauty.  Plenty of handsomme men had great careers before Cooper, but none so perfectly fused with what had always been considered opposites.  Richee photographed him extensively, beginning when he was a tocuh too beautiful for a young man, and followed his transformation to the exemplar of male virlity.  According to Bob Coburn, who worked principally at Columbia, Cooper was 'embarrassed a little bit at constantly being photographed.  He preferred to be in movement in front of the camera.'

At the top of his game and for unknown reasons, Richee left Paramount in 1941 to go to Warner Brothers.  A. L. 'Whitey' Schafer, who had been in the top position at Columbia, replaced Richee.  This change indicated that Paramount's image was shifting away from the opulent glamour that had typified publicity material released during the two previous decades.

Some stars became so accustomed to Richee they wanted only to work with him.  Miriam Hopkins was one of them.  It was said she was quite curt and figidity when Richee was working elsewhere and she had to be photographed instead by William Walling.  Walling says: "She was being difficult from the moment she arrived, because Richee was not there."

Oddly enough, Dietrich herself was much more pleasant when she found out that Richee was on vacation and she would have to be photographed by Walling.  Of course, Von Sternberg was with her.

Virgil Apger, Richee's assistant (and brother-in-law) developed Richee's negatives, worked on with the dryers, and made prints.  He recalled: "Gene never left a sitting with fewer than a hundred negatives, which had to be retouched and printed."  Retouching was the norm by then for all photographers in Hollywood.

Richee passed away on April 21, 1972 in Orange County, California. He was survived by his wife, Levaughn Larson.

Some examples of his work: 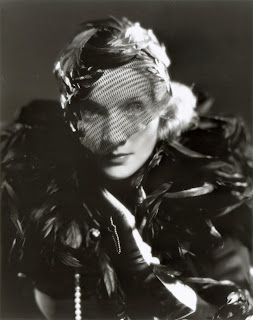 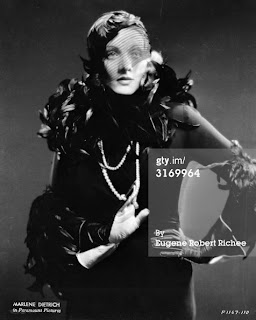 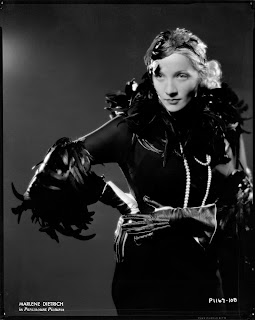 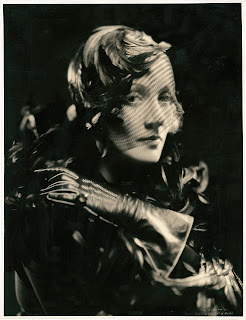 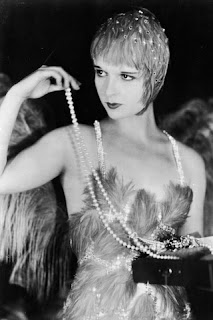 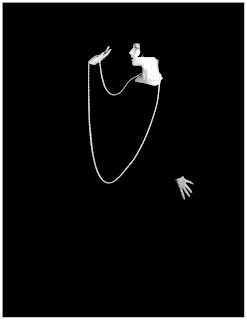 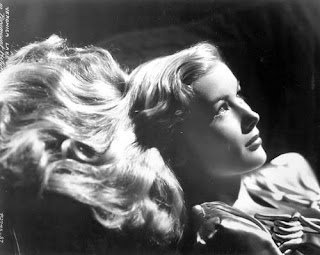 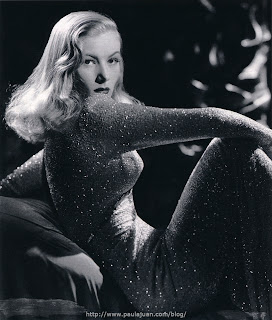 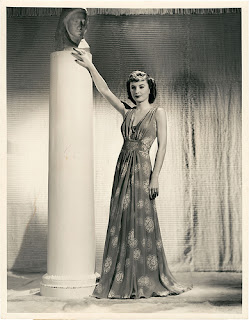 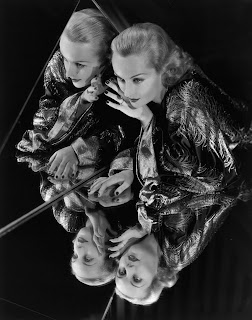 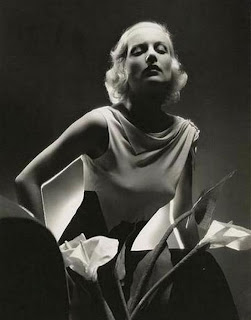 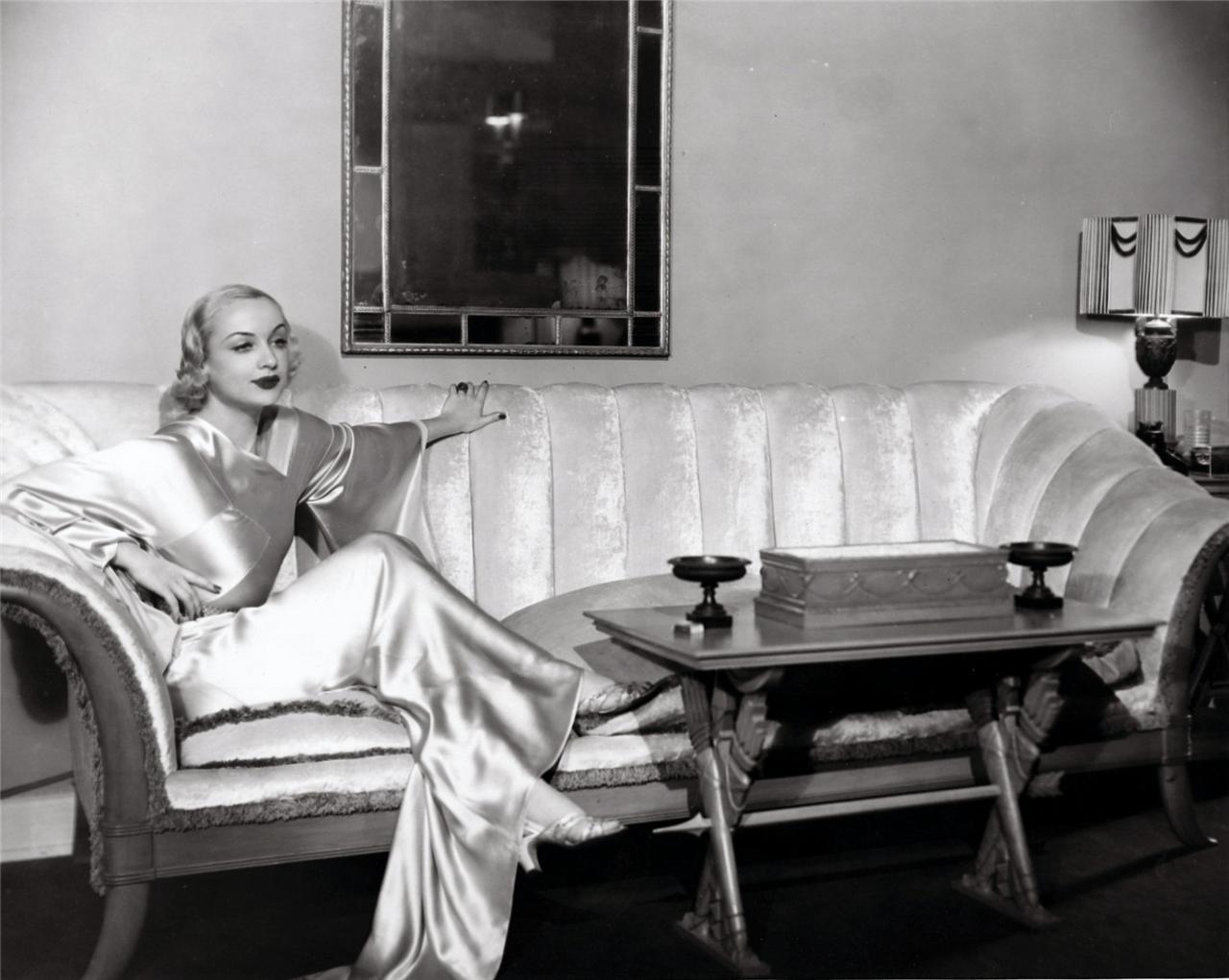 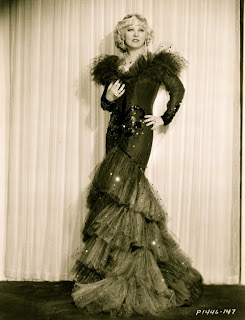 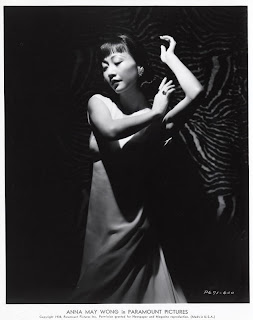 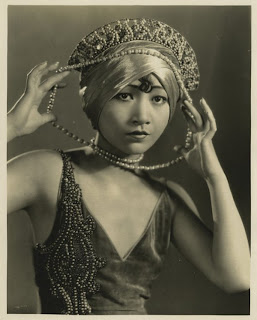 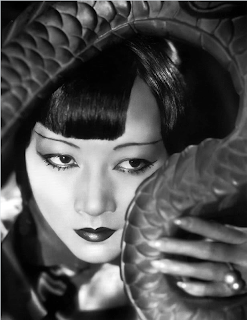 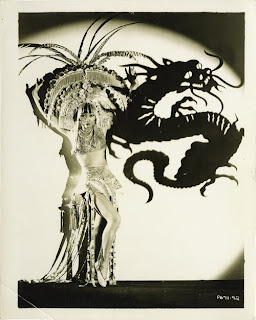 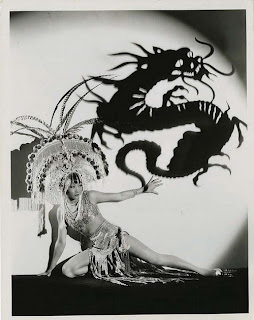 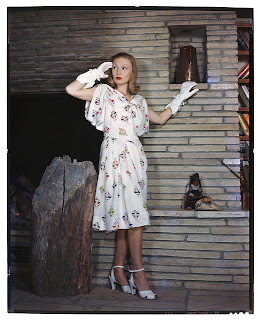 A color photo of Veronica Lake.

Here is a mention of Richee's work and technique:

Here are some examples of the backs of photos showing the ink stamps.  Richee also sometimes had his name embossed on the bottom right hand side of the photo. 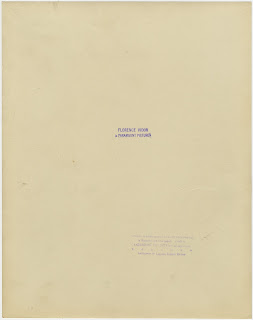 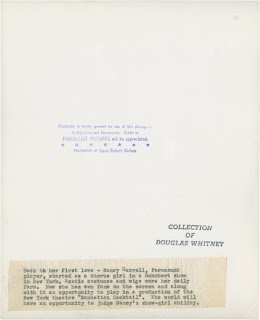 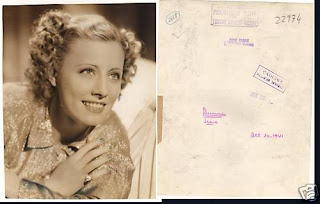 Irene Dunne with an array of ink stamps. 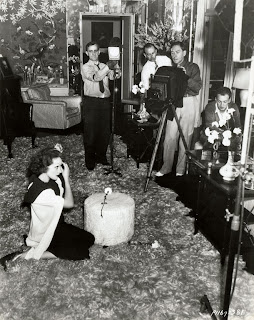 Richee with assistant, John Engstead getting ready to shoot photos of Marlene Dietrich.  Of course, Von Sternberg isn't too far behind.
Posted by Don't Forget the Illustrator! at 2:41 PM